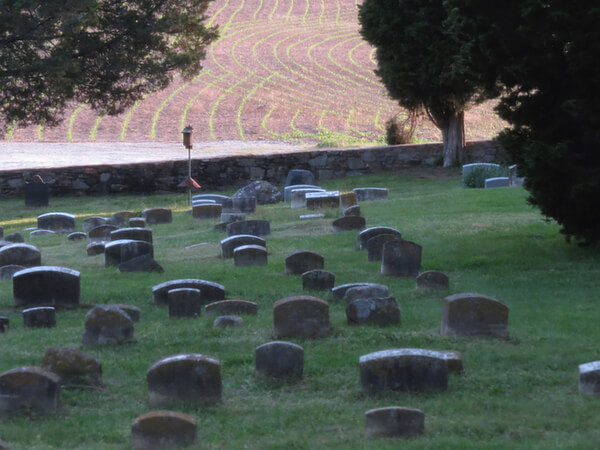 1773: “Old” Gunpowder Meeting House was built on Beaver Dam Road 3.5 miles from our present location on Priceville Road. This older building is currently a family home.

1866: The Meeting House burned and was rebuilt the same year using native fieldstone.

Late 1930s: Illness and inclement weather were frequently cited as reasons for the cancellation of Monthly [Business] Meeting.

1957: When I. Waugh Matthews died, the Meeting House was filled to overflowing at his Memorial Meeting. Citizens of Cockeysville, in consultation with Friends who attended the Memorial Meeting, built a spacious covered porch, which was so inviting in this rural setting that Meetings for Worship resumed. Families with children began attending.

1958: Gunpowder Friends took a photograph of themselves on the Meeting House porch and sent it to the Baltimore Yearly Meeting Interchange as witness to their re-enlivened Meeting.

1990s:  Attendance and membership increased with the arrival of young families as well as more Broadmead Friends.  The building was updated with indoor plumbing.  Adult religious education in various forms sprouted up, including Quakerism 101, Bible study, and Spiritual Formation.

2001: By the end of the 1990s space had become cramped. The Meeting House was expanded with a two-room addition, a new porch, and an improved kitchen.

Today: Attendance at Meeting for Worship averages 35-40 each week, and there are typically 15-20 at Monthly [Business] Meetings.  We continue to worship on the porch in the summer. 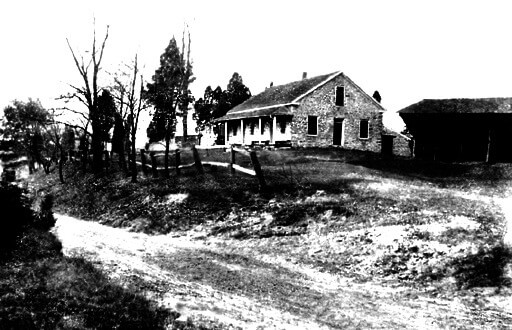 Read the full document and short biography of the author